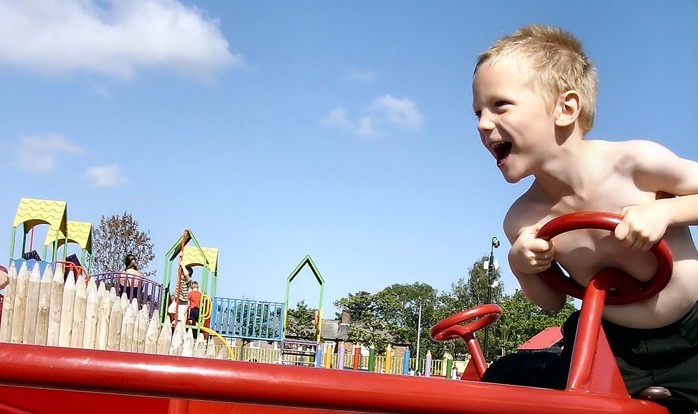 “Happiness is the meaning and the purpose of life, the whole aim and end of human existence.” – Aristotle


This workshop shows how you can exceed personal preferences and local habits by using a universal imaging language. We will search for the semantic meaning of the term happiness. What implies that concept? Good fortune, luck in money or love matters, purely hedonistic delights, paradisiacal well-being or supreme happiness? We put the different aspects in a historical philosophical framework and discover this way that feelings of happiness are cross-cultural and as old as humanity itself. We use the method of Genetic Semantics to arouse these deep emotions with visual means. Examples from international publicity, mythology and art will demonstrate how you can reach the desired results with appropriate colour tints, colour combinations and symbols.

All products and visual communicators convey a statement through their shape, colour, texture, via part of language structures that deal with meaning (semantics). Semantics assume not only an outwardly, concrete meaning out of the sensory, but also an inwardly, abstract significance that is genetically determined. Genetic semantics follows the proposition of linguistics (Noam Chomsky), and evolutionary psychology (Steven Pinker) that languages, and in extension all human sign systems, have a universal genetic basis.

Genetic semantics explains the meaning of symbols from the genetic code. Perceptions are encoded and decoded unconsciously; they are classed according to structures proper to the nervous system and the brain. The brain experiences sensory as well as emotional or intellectual stimuli via this code. One finds codical forms and structures in all languages and sign systems.

As a model, we use semantic axes in three dimensions (depth, height, breadth). An imaginary state space in which the semantically important polar characteristics (markers) of a sign language can be compared with each other and with abstract concepts.

In this workshop, we will focus on four main concepts of happiness.

The striving towards happiness has been tightly coupled to a need for security. One wants to eliminate the threat that goes out from the uncertainty about the day of tomorrow, about ones destiny or fate – which is for a great deal determined by chance – and sometimes can be favourable or unfavourable. We compare the colour combinations and symbols in publicity and mythology that are used concerning unstable situations and risk. There is luck in the sense of being lucky in games (gambling, games of chance, lottery, ball games, wheel of fortune, Fortuna, throwing dice). Luck in marriage, often represented by a boat, in itself an unstable object. Luck in money matters. We show how banks and financial institutions present the insecurity of investments on the stock market as a lucky game with the promise of high interests. Also, fortune-telling, symbols of luck and talisman are taken into consideration here.

Securing the day of tomorrow concerns especially the financial. When we can dispose of a certain financial freedom, we will feel freer and worry less. A feeling of freedom and a carefree existence are important elements that contribute to happiness. For this reason, the striving towards happiness is for many the striving towards wealth and success. In the metaphorical sense, there are considerable references to a vertical movement: e.g. the climbing of a social ladder, to sit in the elevator, the reach the top, to stand on top. Once on top, once rich and successful, men will detach from the heavy earth with its daily worries, with its urge for the care for tomorrow, and will start to float. When we compare this picture with images from religion and mythology, we come to surprising similarities. In a religious context the upwards movement, the detaching from the earth, is a metaphor for reaching the highest happiness. This mainly mental concept is retrieved in all mayor religions. The place where the blessed go to is called heaven where the angels live, situated somewhere high above the earth.

The dream world, the flee from reality

Heaven is a place where the pure, noble, sparkling happiness awaits us. But this is not particularly the dream world that e.g. travel agencies hold out to tempt customers. They will anticipate more on an earthly disposition. This ideal place to flee the hard reality (for a while), is situated generally somewhere on a pristine island in an immense sea where the dolphins frolic and jump before your eyes. The unspoiledness and vastitude are important picture elements for the dream island, which also can be retrieved in the imaging of nature reserves and products that gladly refer to this, such as mineral waters and travel destinations. In the financial world, the sea is as an immense barge wherein the water of the rivers flow together, a metaphor for a huge amount of money, for a fortune. You bank account, your investments, are as the sea where all the water – read money – flows into. A strong universal picture that returns often in e.g. movies is the full money trunk. A picture with such attraction that people want to risk their life for.

In world religions, the concept of happiness takes an important place. It is often presented as a reward for good manners, for a god-fearing life. There are two important pictures: heaven, where the supreme bliss can be reached, and paradise, where a more sensual happiness will be found. Sometimes happiness can be obtained already during life, sometimes it is a promise for after death. But generally can be stated that, in contrast to heaven, paradise is located somewhere on earth. It is a mythically walled (sub)tropical garden – also called the garden of Eden, garden of earthly delights, land of milk and honey – where one does not have to work and can idle the whole day. The Asian Happy Buddha with his potbelly is a personification of this sensual happiness. In most tales, animals live in the garden, like a snake or a dragon, which guard the fruits. But there is no pain or danger, only lust and delight. It is the ideal of the Epicureans who consider happiness as an absence of all suffering. Sex and drugs are allowed without causing damage or pain (no hangovers) and everyone is equal, both men and women. There are similarities with utopian worldviews and social systems. We retrieve references to this paradisiacal picture in publicity for wild parks, zoos, travel agencies and travel destinations, garden architects and playgrounds for children.

All these different concepts are often combined with each other. We show some examples in which this has been successfully done. Within the context of money matters for instance, the possibility of the gathering of a fortune is often combined with the concept of financial freedom. The idea of destiny is combined with winning a fortune. In publicity for travels, we retrieve paradisiacal picture elements, placed on a dream island. Garden architects link an ordinary garden with paradise.

Each time it is mentioned which colour combinations, colour tints, symbols, and metaphors are responsible for calling the different emotional aspects of happiness.

This workshop shows how you can touch the observer/consumer by gripping on universal needs and emotions. Your message will attract more attention and will be remembered longer because of this. Moreover, you will communicate more rapidly by using a direct visual language, which addresses the subconscious directly. In short, you learn how you can get more control over the emotional message, which you transmit through your design.

Inez Michiels is researcher and consultant at Genetic Coding, with specialization in design semantics and universal visual communication. She is the author of the book Symbolen Constructies (Symbols Constructions, published by ACCO â€“ Leuven, Belgium) and she gives lectures and workshops concerning design semantics internationally.

ABOUT GENETIC CODING
The non-profit association Genetic Coding, based in Antwerp â€“ Belgium, does research into universal giving of meaning in human sign systems, i.e. the study of the process of meaning and its application in communication. She offers advice and organises lectures and workshops. Visit www.genecode.be.