Where Nintendo recently introduced the Wii Vitality Sensor which will initially sense the userâ€™s pulse and a number of other signals being transmitted by the body. Sony wants to take it a step further and has filed a patent application, which could lead to a PlayStation controller that knows when you are happy, sad or angry.

The patent isn’t just limited to detecting laughter either and Sony’s patent outlines a number of different emotional states that may be useful for games – including sadness, distress, fear, curiosity and even boredom.

Like Microsoft’s Natal system for the Xbox 360, it looks like Sony’s emotion-controller will function on the basis of body gestures, facial expressions and amount of player movement, all of which will be detected through the camera and microphone. 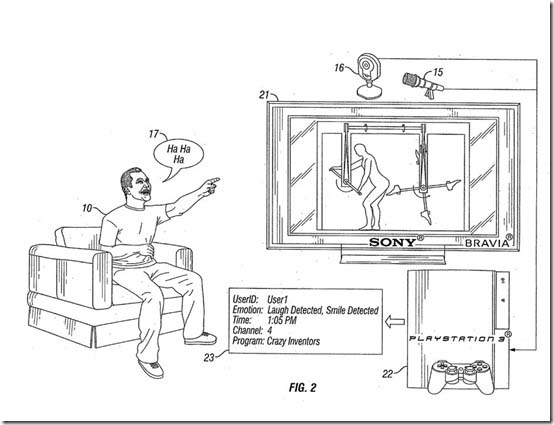 Nice to know is that the software isnâ€™t limited to video games. It can also be used for TV shows, films, and other media presentations, but weâ€™ll drop those for now.