// Learn from the experts
The Emotional City – the future of the (smart) city from an affective point of view
// by Marco van Hout / Aug 12, 2013 / Posted in: Blog
0
This is a link to the previous relative post 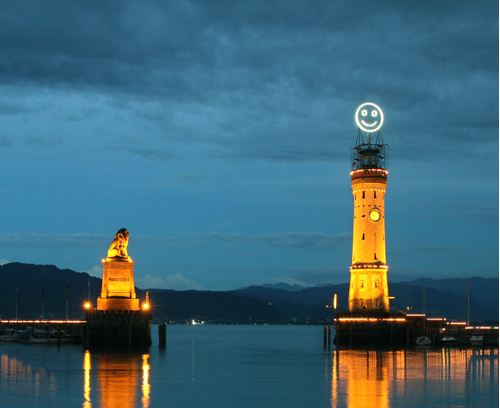 These days designers, technologists, hacktivists, urbanists, architects and journalists are all exploring how the urban environment is going to change in coming years, facing challenges and opportunities related to the upcoming megapolis, connected city and smart city. Â In their experiments and discussions, you see an increase in attention for an affective approach and perspective. Here’s why.

Technology as enabler of happiness and subjective wellbeing in cities

Technology will be able to help us build solutions that will help simplify the increasingly complex environment and context in cities. However, will these technological advances be able to also increase happiness and subjective wellbeing? According to Mathieu Lefevre “technology has the potential to make the mega city more human or certainly to allow humans to connect more. One of the factors most closely associated with the experience of the megapolis in surveys is loneliness. Technology, while it does not replace human contact, can help connect city dwellers and certainly navigate the immensity of the megacity.” In this sense, technology serves as an enabler of connectivity and contact which may form the basis for meaningful connections between people, leading to positive emotional experiences.
Technology can also have a more direct affective impact, which can be seen for example inÂ the architectural installationÂ Hylozoic Ground, a finalist for the Katerva Award insustainability. This jungle-like technology is a prototype for living building surfaces that combine cybernetics with smart chemistry. The immersive, evolving technology offers a responsive framework for a new kind of architectural experience that senses people and the environment and whose principles may be applied in other contexts, such as gardens. Hylozoic Ground could even offer its inhabitants positive emotional experiences similar to being close to nature.

The city you love to hate: exploring affective approaches to the smart city

This is the title of a very interesting paper by Michiel de LangeÂ of The Mobile City. In it, he sketches a framework for what he calls the ‘affective smart city’. A short excerpt:

Looking back to how the city has been understood as a hybrid form, we can identify three more or less successive conceptual foundations. In the first, which I call the ecosystem view, the early modern metropolis is theorized as a distinct socio-environmental combination that mediates peopleâ€™s behavior and mentality. The second, which I call the phenomenological view, tries to bridge spatial and mental domains by focusing on peopleâ€™s sensory and cognitive experiences of cities. The third, which I call the affective view, shifts attention to emotional relationships between people and hybrid techno-urban environments.

Recently, the city is increasingly often conceptualized in affective terms. We see this view emerging in locative media art and its tight intellectual ties with actor-network theory, as it seeks to trace and map complex relationships between places, people, technologies in â€˜emotional cartographiesâ€™ (Nold 2009). Ubicomp and urban informatics researchers are developing similar ideas about city possessing some form of â€˜sentienceâ€™ (Shepard 2011). Affect is also central in recent explorations of how digital media can strengthen citizen engagement by fostering feelings of â€˜ownershipâ€™ (de Lange & de Waal 2012). Contemporary experimental urban design interventions frequently target this affective realm, oftentimes by stirring emotions and desires though play and gamification, or through poetic and cinematographic â€˜sense of placeâ€™ projects. In the affective view the city no longer is a passive backdrop for social behavior, or a canvas on which urbanites paint their everyday mental experiences. It becomes an active agent in a hybrid mesh of human-techno-socio-spatial interdependencies.

Smart city policies may be criticized for ignoring the active role of citizens and for proposing â€˜technological fixesâ€™ to complex problems. The argument I wish to develop here however goes a step further: the smart city also strips the city itself of its barely conceived agency and capacity to affect people on an emotional level. On the surface the notion of the smart city appears to attribute the city with the power to actively intervene. However, I argue that in fact this smart city paradigm involves a return to the systems perspective of the city as a passive backdrop for action. At best, if indeed there is a more developed perspective on citizen experience and engagement, it assumes people as rational deliberative agents. It is rather telling that smart city experiments are often incubated in that most sterile and rationalized of all environments, the (living) lab. To me that doesnâ€™t seem like a good place to study potential solutions for urban issues on the plane of affect.

How then can an affective viewpoint contribute to tackling these issues and create better solutions? If we look at mobility issues for example, some scholars and artists have emphasized that mobility is not simply about traveling from A to B as efficiently as possible. Moving has its own affective connotations, which depends to a large degree not only on the spatial context and social situation but also the affective qualities of the transport- and communications media that are part of being on the move nowadays. Any smart city proposal that wishes to solve congestion and mobility problems must take this emotional experience of movement into account.

I think the issues that Michiel addresses here are spot on. When looking at technology enabling engagement and emotional responses, it should not merely be about the rationalized, one-sided affective impact that technology can enable or influence. It should address the meaning behind it and enable meaningful interactions at best. A smart person is not always the most empathic person, and neither is the smart city. Being smart should therefore go hand in hand with being empathic in order to increase the emotional experience and subjective wellbeing of its inhabitants.