Karin Schrock of the Scientific American wrote this very insightful article in which she tries to explain why music moves us all in a similar fashion. I recommend you to read the complete article, but here are some highlights which I found fascinating: 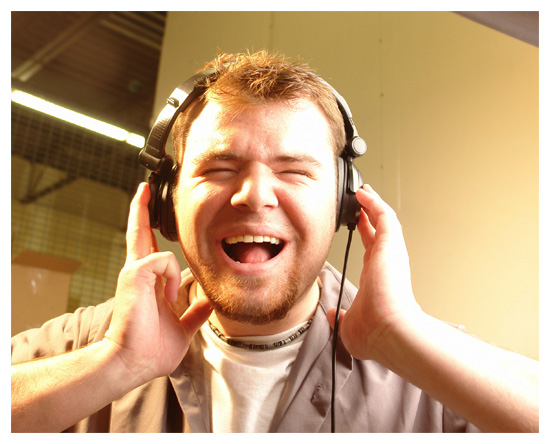 Some scientists conclude that musicâ€™s influence may be a chance event, arising from its ability to hijack brain systems built for other purposes such as language, emotion and movement. As Harvard University psychologist Steven Pinker famously put it in his 1997 book How the Mind Works (W. W. Norton), music is â€œauditory cheesecake,â€ a confection crafted to tickle the areas of the mind that evolved for more important functions. But as a result of that serendipity, music seems to offer a novel system of communication rooted in emotions rather than in meaning. Recent data show, for example, that music reliably conveys certain sentiments: what we feel when we hear a piece of music is remarkably similar to what everybody else in the room is experiencing.

Musicâ€™s emotional content may even be culturally transparent. This past April neuroscientist Tom Fritz of the Max Planck Institute for Human Cognitive and Brain Sciences in Leipzig, Germany, and his colleagues exposed members of the Mafa ethnic group in Cameroon who had never heard Western music to excerpts of classical piano music. The researchers found that the adults who listened to the excerpts consistently identified them as happy, sad or scary just as Western listeners would. Thus, the ability of a song to elicit a particular emotion does not necessarily depend on cultural background.

Recently, in a clever experiment, acoustics scientist Roberto Bresin and his co-workers at the Royal Institute of Technology in Stockholm garnered quantitative support for the idea that music is a universal language. Instead of asking volunteers to make subjective judgments about a piece of music, scientists asked them to manipulate the songâ€”in particular, its tempo, volume and phrasingâ€”to maximize a given emotion. For a happy song, for instance, a participant was supposed to manipulate these variables by adjusting sliders so that the song sounded as cheerful as possible; then as sad as possible; then scary, peaceful and neutral.
These findings, which Bresin reported at the 2008 Neuromusic III conference in Montreal, bolster the idea that music contains information that elicits a specific emotional response in the brain regardless of personality, taste or training. As such, music may constitute a unique form of communication.

This shows that when we intend to design for emotion, music can be a very helpful tool to elicit similar emotions with different people. I can especially imagine how beneficial this can be in service design or the design of public spaces and experiences. It is especially interesting when we are designing with an emotional intent and do not want to personalize the design but rather generalize it. Food for thought….